At home I had planned to use the train to Mazgouna.

After checking the marvelous site ”seat61” I knew we just had to hop on and pay the conductor. We first of all found it very difficult to find information on the website and locally in Egypt. All is hidden wel from tourists and very few Egyptians can communicate in English. Certainly nobody  at the ‘’ticketing’’ offices in ANY railwaystation speaks English.

The station we used was GIZA since it was closest to our homestay and reachable by public bus for 2.5 EGP. 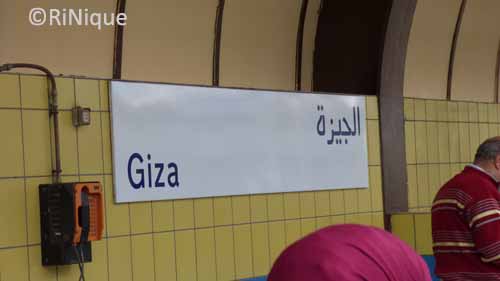 Once we found out which platform (by using hand/feet and the name MasGouna) we stood next to the train and asked some passengers ‘’MasGouna’’ ???

When we wanted to hop on, the tourist police came to tell us we shouldn’t/couldn’t etc. Also they said it didn’t stop in Masgouna. Ofcourse we didn’t believe them. We pretended to walk away, but walk along the stairs to the back of the train and hopped on anyway. Daughter and me hidden with the back to the window under scarves we always wear.

Lots of passengers were wanting to talk to us, 1 said train would stop in Masgouna, other’s said it won’t. I tried to ask them  ‘where stop’’ ? No answers. Even if I asked : me Monique you Achmed,  station (pointing back) GIZA  station ??? (pointing to the front)

So we sat back, enjoyed the view. My husband was offered a seat (he was standing next to my daughter and me) We were also offered cigarettes (smoking was disturbing we’re none smokers) We planned to get off the train at the first stop and do some sightseeing ‘’where-ever’’ and than return.

Train stopped in WASTA.
While writing this, I am home, i searchd for hours and hours to find all the stops the SLow 3rd class train makes in Egypt, but it’s nowhere to be found.

Arriving in Wasate we were the only passengers and most certainly the first tourist arriving by train. Everyone in the village looked at us as if we came straight from Mars.

We saw on our GPS the Nile wasn’t that far so we had a very nice walk, than tuk-tuk ride to see the Nile and local life. Had a pepsi in local café  and took a taxi for 100EGP to Dahshur where we walked to the pyramids. 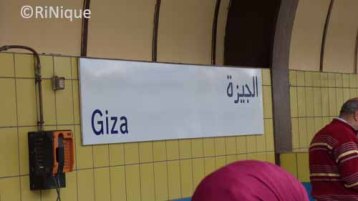 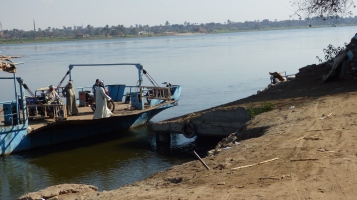 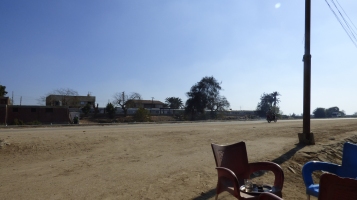 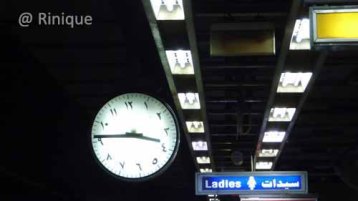 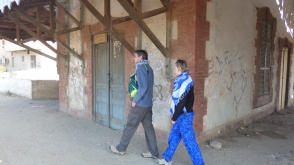 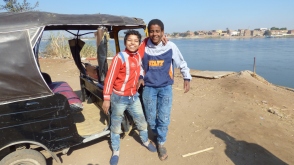 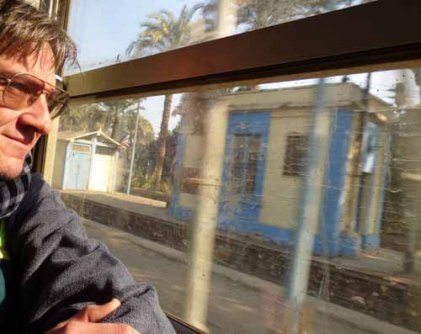 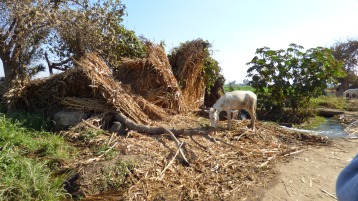 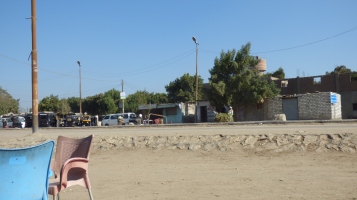 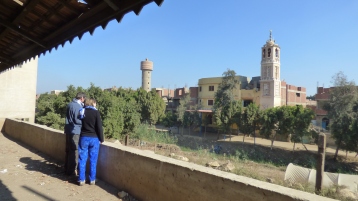 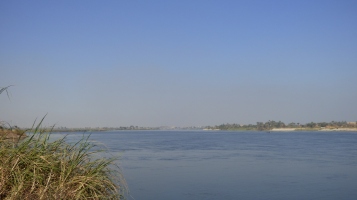 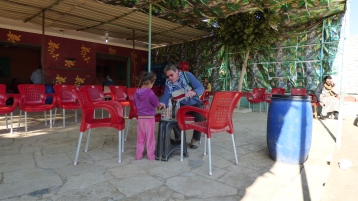 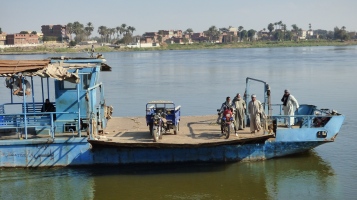