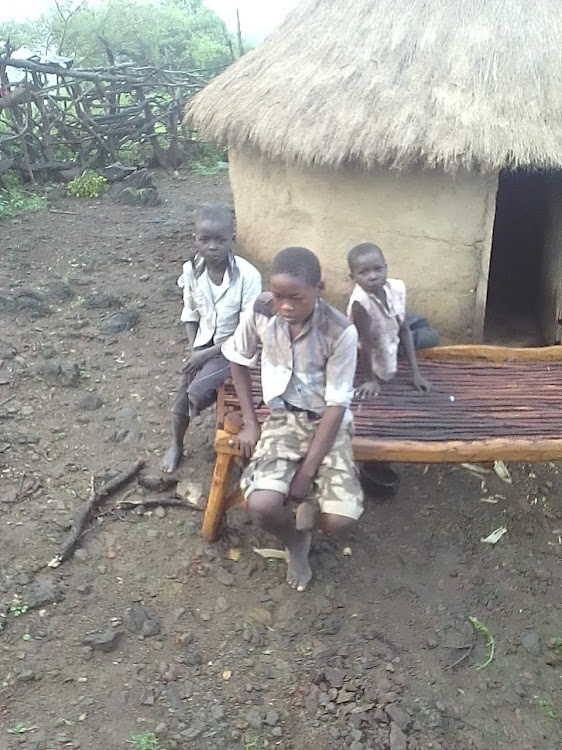 Orphaned children of the lynched goat thief Isaac Chelal Lorokee mourn outside their grass-thatched hut at Kibenos in Sibilo Baringo North subcounty on Monday. Their father wanted to feed his seven hungry children and his second wife. He was their sole breadwinner.
Isaac (Lorokee) Chelal, 48, stole a goat to feed them and was lynched for it on July 21.
His three accomplices were badly injured.

Today Lorokee’s five ‘total’ orphans (children from his first wife who died 3 years ago in childbirth)  are living alone in a shed of sticks and mud with a thatched roof. The ragged children beg for scraps in Kibenos village, Sibilio location in Baringo North subcounty.

Lorokee’s two other ‘half-orphans’ live with his second wife, Stella Chebon, in another mud hut with a thatched roof near Sibilio trading centre.

They, too, struggle, she has no money. But the widow and children old enough to understand want justice and food to eat.

“The poor kids have nothing to eat. They are forced to go around begging food from neighbours,” resident Wesley Cheptumo said.  No arrests have been made for the murder and assaults in neighbouring Koiboware village.

Lorokee and others stole and strangled the goat of a neighbour, school teacher Mark Kandie.
He has not been questioned as he has fled. He reported that he wants the case handled by a tribunal of elders, not the criminal justice system.

The CID said arrests will be made after investigations are concluded. Earlier, Baringo North police commander Fredrick Odinga said, “If someone went to steal at night and he was caught up by a mob, what do you expect? Of course, no one to blame. “But we shall carry out our investigations to see if justice can be served to both the aggrieved families.”

Some of the five were weeping, saying they wanted their father back.
“We were asleep and people stormed in and took away our father and he has never returned. We are hungry, we need him back. He used to get us food,” the elder son told the Star. 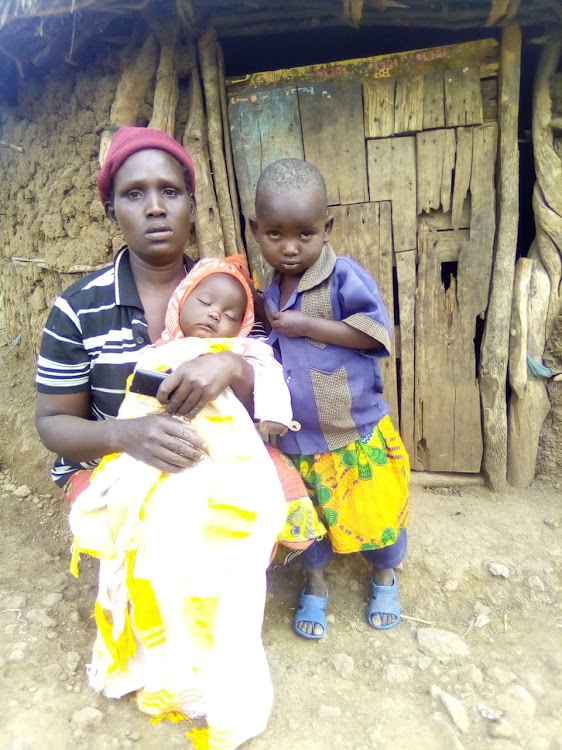 Stella Chebon, widowed second wife of lynched goat thief, mourns with children outside their grass-thatched hut at Kibenos in Sibilo, Baringo North subcounty  “I am totally confused being left alone with the burden of raising my two children alone after the killing of my husband.”

She appealed for justice, saying innocent children can no longer get support from their father.
“Myself, I cannot help because I am jobless and short of money,” she said.

Lorokee’s body is at the morgue in the County Referral Hospital. A postmortem was scheduled for Tuesday before burial.

Residents wittnessed locals walking home at 8pm bumped into the suspects carrying the carcass of the strangled goat.
“They looked like strangers and when we asked them to identify themselves they threw stones at us,” a resident said.

They chased the thieves until they dropped the goat and ran.
“Luckily, we identified one of them by his hair,” he said. The witnesses mobilised villagers to hunt the ‘notorious’ thieves whom they linked to a stock-theft syndicate. They tracked one man to his home where he pleaded guilty and named all three accomplices.

The four men pleaded for mercy, saying they were hungry and stole the goat to feed their families. The first man was arrested and tied up. Then groups of about 15 men were assigned to grab the other suspects from their homes. They were beaten all night until the next day around noon.
Then Lorokee began to vomit and died.

Baringo North subcounty Criminal Investigations officer Pascal Mwangeti said they are on course to arrest the culprits.
“We are doing our best to ensure everyone equally gets justice,” he said.
The crime scene is a remote village, where the area is known for frequent bandit attacks and cattle rustling. 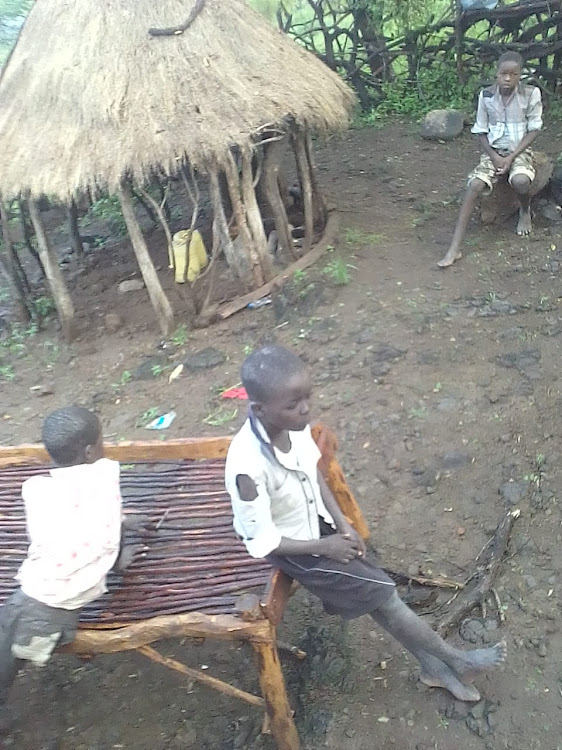 NO HOPE: Orphaned children of the lynched goat thief outside their grass-thatched house.